Reduced mountain snowpack, i.e. a “snow drought”, due to rising temperatures or changes in precipitation amount has critical implications on water resources availability. Ongoing climate change may influence the frequency and severity of snow droughts. SUNSET aims to develop an integrated methodology to assess the impact of climatic variations and changes on snow droughts and on the seasonal low flows in the Italian Alps. To meet this objective, SUNSET develops based on two main scientific advances. The first advance are the Convection-Permitting Models (CPM) for climate simulations, with improved topographical features, physical representation of mountain‐precipitation interactions, and avoided errors from convective parameterizations. A second recent advance is the availability of improved multi-objective calibration strategies for hydrological-snowpack models which permit reliable simulations of both snow pack evolution and runoff variability. With SUNSET, a modelling chain linking bias-corrected Convective Precipitation Modelling (CPM) and Regional Climate Models (RCM) outputs as well as state-of-the art hydrological models will be developed and exploited to quantify changes in the frequency and severity of snow droughts through the end of the current century. The project focuses on two broad study areas in the Western and Eastern Italian Alps, where a set of catchments with detailed process observations are available. 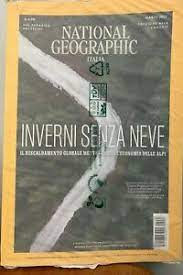 SUNSET is based on two types of data: i) 20-to-30 years time series of validated catchment precipitation-temperature-discharge data from the network of twelve project study basins; ii) process data, collected in previous projects which will help improving the hydrological model validation. The past dataset includes observations from MODIS and Sentinel-1 that are functional to provide correct snow cover areas and snow water equivalent data.

Climate simulations will be based on 12-member CPM and RCM ensembles from the FPS-CORDEX project available for 3 time slices (historical, 1996-2005; near future, 2041-2050; far future, 2090-2099) for the extreme climate change scenario, i.e. RCP8.5. RCM outputs from CORDEX will also be considered to evaluate the added value of CPM compared to coarser resolution models and to investigate the climate change signal under different scenarios which are not available in CMP simulations, i.e. RCP4.5 (six-member RCM ensembles) versus RCP8.5 (six-member RCM ensembles. Hydrological models are part of an expandable system called GEOframe developed along the last 15 years and have already a setup for most of the study basin network.

SUNSET will communicate and disseminate the project results to a wide audience of residents in the two study areas and beyond through collaborations with Local Authorities. SUNSET will test, archive, document, and keep track of versions of the research code and software using open-source software and data protocols and accessible documentation.

By clicking on the above Figure you can access the full proposal.