GEO-SPACE (formerly known also as Lys-GEO in its its 1D implementation)  is intended to collect the growing set of GEOframe tools developed on the base of process-based philosophy. This can be found envisioned first in  Freeze and Harlan, 1969, and, fo instance well documented recently in Fatichi et al., 2016 and Paniconi and Putti, 2016. From a different point of view, it can be considered the upgrade of the GEOtop model, that still efficient and up-to-date, and more advanced than other similar models, was considered to be improvable from the algorithmic and informatics structure.  GEO-SPACE make leverage on the various common tools (components) shared with GEOframe-NewAGE and is made up  specifically of two main groups components, WHETGEO (mainly due, so far to the work of Niccolò Tubini) and the evaporation and transpiration, as follows from the work by Michele Bottazzi and Concetta D’Amato (ET-GEO). 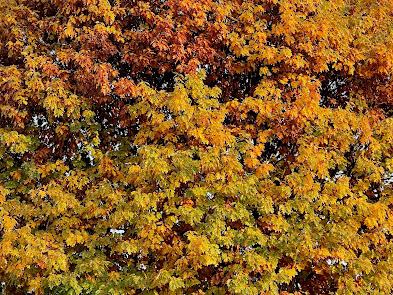 At present the development of GEO-SPACE (to become GEOtop 4.0) has still to achieve some goals, including the connection of plants treatment on WHETGEO 2D, the implementation of WHETGEO-3D, and so on. The current status of the project can be well described looking at the material presented at the Summer Schools on GEOframe that started in 2021 and will be held usually in week in middle June every year.  The most recent School addresses the more recent material.

We remind here below, the general declaratory about GEOframe:
GEOframe is a system for doing hydrology by computer. By saying that it is a system, we emphasize that it is not a model but an infrastructure that can contain many differentiated modelling solutions (some tens of that) that are built upon models components. This is because GEOframe leverage on the Object Modelling system-framework (v3) that allows to connect modelling components to solve a specific hydrological issue together and having many alternative for its mathematical/numerical description. This infrastructure allows adapting the tools to the problems and not viceversa. In GEOframe particular attention has been dedicated to allow enhancements and additions writing the less code possible. The core code has been designed to open to addition and closed to modifications, thus allowing stability over time.  The systems contains tens of components that cover rainfall-runoff, evaporation, transpiration, infiltration, terrain analysis tools, interpolation models, calibrations tools, and so on. Every modelling paradigm is included, as, for instance process based modelling, lumped modelling, machine learning, or can be included. Spatially disjoint catchments can be modelled separately and joined together in a bigger model. GEOframe has been applied to hydrological simulations from the point scale to large catchments as the Blue Nile, and among those is being deployed to the Po river. GEOframe is open source and built with open source tools.

Quadtree refinements are available for Modflow 6 models in the latest versions of Model Muse. This tool can be inplemented for many spatial objects as points, lines or polygons where you can specify the refinement level for each layer separately.

For new readers, WHETGEO stands for Water HEat and Transport in GEOframe. It is a set of models that deals with the processes in soils.

In a blog post, followed by a list-serv email, Prof. Rigon exclaimed,  “Digital Hydrologists from around the world unite! Nobody applied for this call”! His

Keith Beven (GS), answered to my previous post and I think it is relevant to bring to the knowledge of everyone his point of view: “Dear Riccardo, This