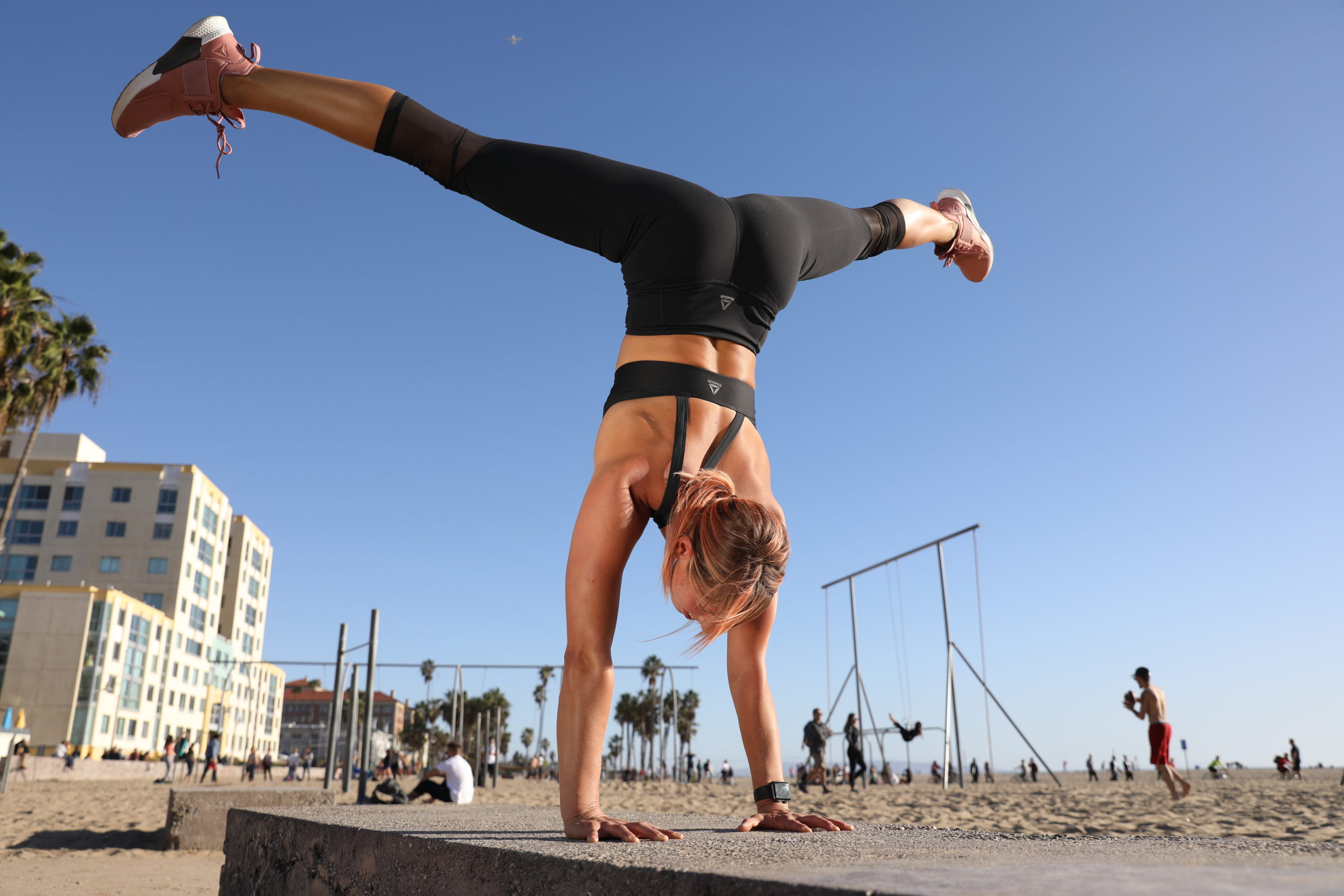 “What are you training right now?”

This is probably the most common question I get asked by my fitness-loving friends.

I first started dabbling in handstands back in 2013. I took a few adult gymnastics classes and was immediately hooked. How could something so seemingly simple — standing upside down on your hands — be so hard in practice?

As a late-blooming athlete, I didn’t do my first push-ups until my early twenties (and my first decent push-ups years after that). It took me even longer to be able to do other basic bodyweight skills like pull-ups and single leg squats. By the time I enrolled in that gymnastics class, however, I’d built up a reasonable amount of strength and stamina through years of HIIT and bodyweight workouts. Yet my dream of holding a handstand without a wall for longer than it takes to snap a photo for Instagram still seemed lightyears away.

I pressed my gymnastics instructor for advice. He didn’t have much, other than telling me that learning to balance in a handstand is incredibly difficult and most people will never learn [[(I only later realized he was a punk kid that barely knew more than I did about handstands) >> I like the humor here, but I’m not sure you need it. If you’re looking to shorten up, I’d cut this part!]]. Luckily, he sensed my enthusiasm and sent me to Dominik, a former circus performer, and my first real hand balancing coach. Thus my handstand journey officially began.

Nearly eight years later, I’m still at it. I surpassed my first goal of holding a five-second freestanding handstand ages ago. And while many people would have moved on to the next thing, I didn’t stop. Having prematurely quit most things in my life up until that point, I wanted to see how far I could go as someone with no natural ability or previous gymnastics experience.

We Can All Aim for Mastery

When most of us think of masters, we think of athletes like Michael Jordan and Laird Hamilton, thinkers like Einstein and Bill Gates. We think of black belts, Grandmasters, and other superstars who have risen to the top of their craft.

But mostly, we think of these people as others — as in, people not like us. People blessed with talent and drive to become masters in their craft and fulfill their potential. (Yes!!)

This is the same response I had when I was first training at circus school. I was mesmerized by the talent of those around me. What I didn’t take into account was just how long they had been working to get to the level where they were at — and the likelihood that if I worked as hard as they did for as long as they did, I could get there, too.

Mastery depends less on initial talent than the willingness to pick a path and stay on it.

As George Leonard writes in The Way of Aikido: Life Lessons from an American Sensei:

“What we call “mastery” can be defined as that mysterious process through which what is at first difficult or even impossible becomes easy and pleasurable through diligent, patient, long-term practice.”

Choosing a Path and Sticking to It

I’ve wanted to quit training handstands more times than I can count over the years. Usually, this is when I’ve been stuck on a plateau for a long while or when I realize just how far I have to go to reach my never-ending goals.

But I’ve kept at it, because despite the endless ups and downs, choosing a path and sticking to it has brought me a tremendous amount of purpose and joy. You can bet I’ll be that 80-year-old still rocking handstands

As my experience shows, anyone can get on the path to mastery. Your path might not be handstands. It could be related to art, or music, or something else entirely. It will inevitably take some experimenting and lots of trial and error before you find something that sticks.

Above all else, mastery requires a choice and commitment.

Once you decide on the path, these five keys can help:

Stop worrying you don’t have enough talent. Sure, some of us start out more talented than others. But focus, persistence, and belief that our efforts will make a difference (I.e., the hallmark qualities of a growth mindset) matter more in the long run than talent itself.

Stop worrying about “wasted effort.” Progress isn’t linear, as much as we would like it to be. Not every action will lead you straight to where you want to go. The key to sticking with something for the long run is to reframe all effort as practice, never wasted.

Treat failures as learning opportunities. People at the top of their craft didn’t get that way because they were afraid of failure. In fact, most successful people only became successful because they were willing to fail over and over. Learn from your failures, and move on.

Keep a beginner’s mind. Mastery in any craft requires humility. You can’t get better if you assume you already know everything. Always be open to learning from others with more experience and wisdom than you. Feeling like an awkward beginner might be uncomfortable, but it’s worth it if you want to improve.

Learn to love the path. Progress happens in small spurts of growth followed by long plateaus. If you’ve reached a plateau, it may be that your current plateau is exactly where you need to be right now so that you can further internalize your recent progress. Learn to trust the process and accept that the majority of your time will be spent on the plateau.

“Perhaps we’ll never know how far the path can go, how much a human being can truly achieve, until we realize that the ultimate reward is not a gold medal but the path itself.” — George Leonard

The post Mastery: The Art of Sticking With Things for the Long Haul appeared first on 12 Minute Athlete.

The 2022 Shaw Classic will take place on August 13-14 at the Budweiser Events Center in Loveland, CO. In the third edition of the growing

On August 11, 2022, the organizing body of the Shaw Classic announced over Instagram that two-time defending World’s Strongest Man (WSM) Tom Stoltman would withdraw

On August 8, 2022, Nick “The Mutant” Walker shared Instagram footage of himself incline dumbbell pressing 200-pound dumbbells for 10 reps. The astounding display of

Whenever he decides to hang up his posing trunks, Mamdouh “Big Ramy” Elssbiay will undoubtedly be regarded as one of the best bodybuilders of all